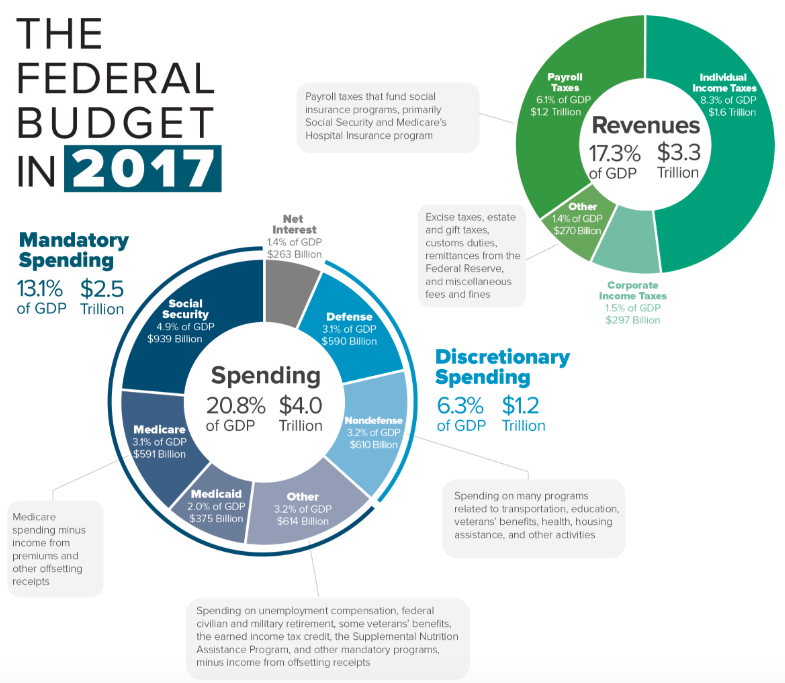 In the last 20 years Congress has failed to meet the budget deadline, risking a government shutdownMORE

The process is so convoluted that the government has to pass continuing resolutions to prevent a government shutdown. 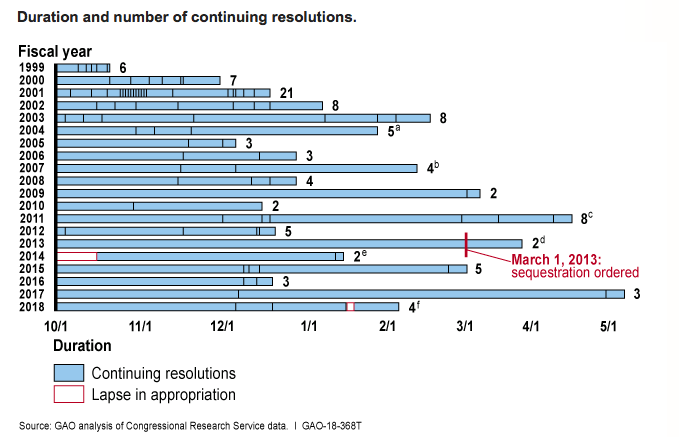 Funding delays have a negative impact on government agencies. Defense Secretary James Mattis stated that Congress not being timely with funding has led to a shortage of ammunition and grounding air crafts due to lack of maintenance.

The current focus on short term planning to pass the budget is increasing the budget deficit. 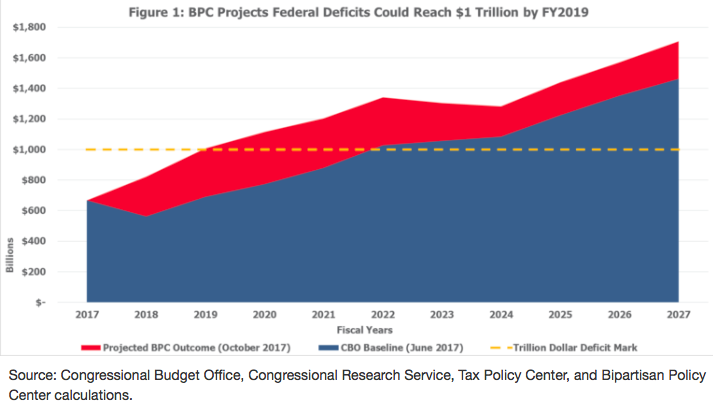 The federal budget process is difficult to manageMORE

Lack of transparency leads to confusionMORE

The budget is divided into multiple different bills. Tracking all of the bills in order to read the full text is a difficult task. The lack of transparency with the budget makes it so people do not read the text. Members of congress are voting on a budget that they are not fully aware what it is comprised of.

Two-thirds of government spending is not reviewed on a yearly basis.  $1 trillion of tax expenditures is not being reviewed frequently.  A large portion of the budget is not part of the annual budget process. These aspects of the budget just get passed on from one year to the next without any scrutiny.

Reform has created a budget surplus in SwedenMORE

In the 1990s Sweden reformed their budget

Using caps on spending has allowed Sweden to have a $44 billion budget surplus in 2018.

Gross Domestic Product (GDP): the value of goods and services produced in a country for a year

Mandatory Spending: money for long term programs such as Social Security and unemployment

Spending Cap: the maximum amount of money that can be used

Tax Code: long government document that details all of the tax laws

Budget Deficit: when spending is greater than income

A 29 page proposal on how to streamline the budget process.

A flowchart on the budget process.

Secretary Mattis describing the negative impact the current budget process has on the military.

When Will Federal Deficits Hit $1 Trillion Next? Probably Sooner than Expected

Projections on the level of the federal deficit.

The Budget for 2018 in five minutes

Overview of the Swedish 2018 budget.

The Federal Budget in 2017: An Infographic

Infographic on the 2017 federal budget.

Dana is a student at the Gallatin School of Individualized Study at New York University. She is studying the Impact of Politics and Foreign Affairs on the Economy with a minor in American Sign Language. Dana has previously worked in the United States Senate as a legislative intern for Senator Robert Menendez focusing on environmental policy. Currently she is a Junior Analyst at TheChisel.
The Solution →

Current spending caps are scheduled to end in 2022 and are limited in what they cover. Instead of letting the caps it would benefit the government to extend them. Caps should also be expanded to all aspects of the budget. Caps are useful tool to limit spending, and decrease the budget deficit.

Tax expenditures are not reviewed on a regular basis. This allows large parts of the budget to not be considered in each part of the budget process.

A way to solve this problem is creating a tax base to compare with the actual tax expenditures.

If spending on any part of the budget exceeds the baseline the spending request would automatically be reviewed.

Focusing on short term spending has caused an increase in the debt to GDP ratio. The US is focusing on passing a yearly budget instead of having a sustainable long term budget.

Uncertainty on the US willingness to pay back their debt  increases when the GDP to debt ratio increases. This leads to higher interest rates on the debt.

Streamlining the budget process allows congress to be able to focus more on other issues. One of two outcomes will happen.

Increased efficiencies to the budgeting system would lead to cost savings for tax payers.

Add Topic
James Pew
Student
How would adjustments to the budget in areas like Defense spending affect the debt to GDP ratio? It seems like meeting a debt/GDP ratio cap is made more difficult by new government projects like the Space Force.
← The Solution Vote →